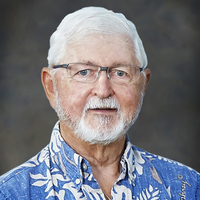 Tom was born on June 2, 1941 in St. Louis, MO the son of Andrew and Geraldine (Cummings) Kirchner.  He was united in marriage to Patricia Mary Czuba on May 22, 1965 at Immaculate Heart of Mary Catholic Church in Santa Ana, CA and she survives his passing.

Tom was fearless in all aspects of his life.  As a young man, he sought adventure leaving home to pave his own path, hitchhiking when necessary and later joining the United States Marine Corps.  Stationed out of Long Beach, CA, he served as a U.S. Marine from 1959 – 1962.  While enlisted, he spent time on a carrier skirting the perimeter of Cuba’s coast at the early onset of the Cuban Missile Crisis and later awaiting orders in the waters surrounding Vietnam prior to U.S. involvement.  After his military service, he explored a multitude of careers from working as a Good Humor Ice Cream truck driver to making pizzas to working on NASA’s Apollo Space Mission to installing dishwashers to dispatching for the railroad.  His experiences as a young boy working in his father’s self-owned local grocery store in south St. Louis had taught him much about independent business.  Tom’s biggest career adventure then began in 1981 when he and his wife bought Norrenberns Truck Service, a one truck operation, and together with his children built it into a thriving community-based business.  Additionally, he started many other businesses which he left for his children to carry on his legacy.

He was a member at St. Ann Catholic Church in Nashville, IL, the American Legion Post 110, and the Nashville Lions Club.  Tom’s family meant everything to him.  He loved being with his grandchildren and children, spending every day with his wife Pat in Illinois and especially the winters in Arizona, visiting with his friends who lived close by and far away, and driving his tractor and side by side.

He was preceded in death by his parents and beloved family members.

A private Mass of Christian Burial will be held at St. Ann Catholic Church in Nashville, IL on Saturday, January 23, 2021 with Fr. Andy Knopik officiating.  Burial with full military honors by American Legion Post 110 will follow in the St. Ann New Catholic Cemetery in Nashville, IL.

Friends may call at the Campagna Funeral Home in Nashville, IL on Saturday from 9 AM until 11:30 AM. COVID-19 restrictions will be followed, face coverings required, and social distancing implemented, with a limited number of visitors in the funeral home at any time. Please be respectful of time so other visitors may pay their respects to the family.

Should friends desire, mass offerings or memorials can be made to the American Legion Post 110 or the St. Ann New Cemetery and will be accepted by the Campagna Funeral Home.